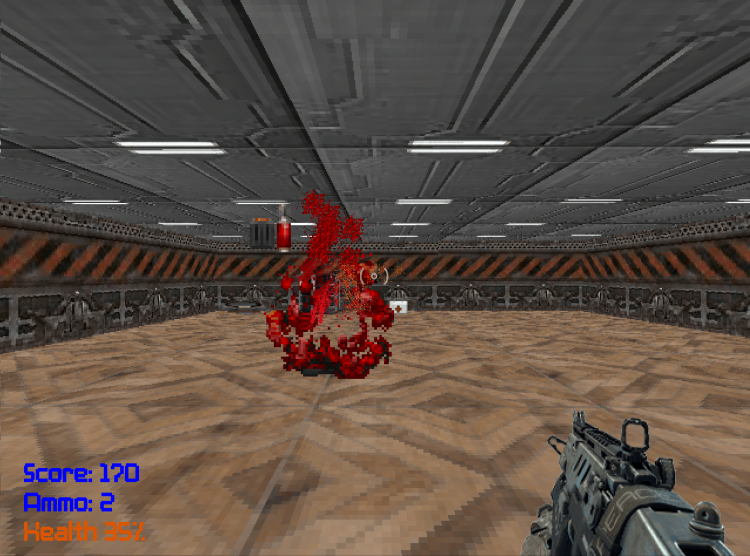 Some new updates for my Ray Casting 3D game engine have been implemented.

First it’s the Shotgun Guy. He’s stronger than the others but slower. Also has higher damage than the rest and completely new, distinct dying animation.

Then it’s the gore. Oh yeah, now it’s actually fun to kill the bad guys from a close distance. Especially the weakest ones. The gore kill is triggered by some extreme damage, when the health of the enemy drops down under -5%.

Each enemy now drops some ammo and health when killed, to reward you and keep the action going.